The closely related cyclic nucleotides cGMP and cAMP are ubiquitous second messengers with key functions, e.g., in the cardiovascular and nervous systems. The levels of messenger are regulated through their synthesis by adenylyl and guanylyl cyclases (GC and AC, respectively), and their hydrolysis by phosphodiesterases (PDE). Human PDEs and a particular GC isoform, sGC (‘soluble GC’), are well established drug targets, and the additional GC isoforms as well as ACs also appear attractive as therapeutic targets. 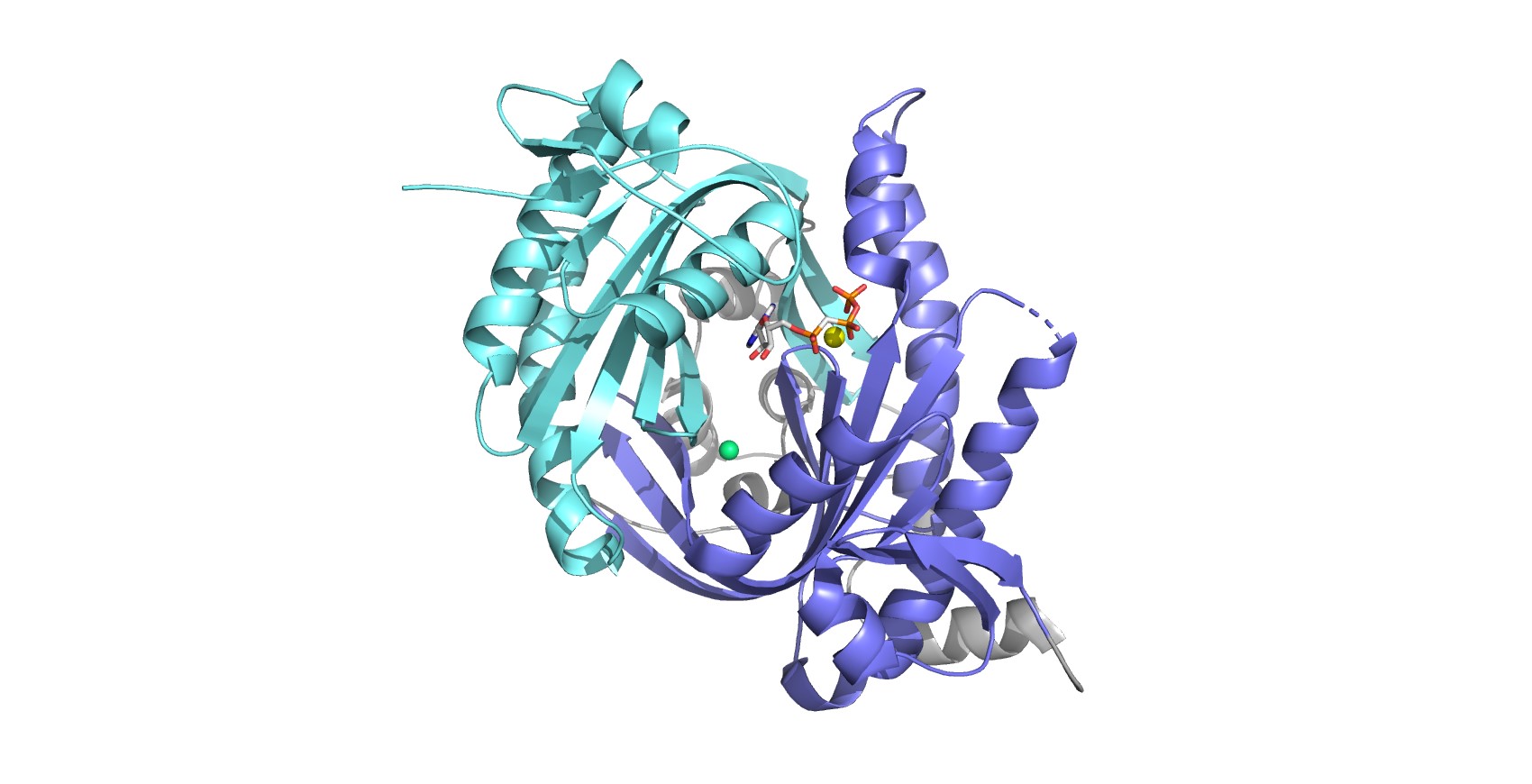 Our current focus is one of the ten mammalian AC isoforms, AC10, mostly referred to as sAC (‘soluble AC’). In contrast to the transmembrane (tm) enzymes AC1-9, sAC does not comprise a tm region and can be found at several intracellular locations, such as in mitochondria or nucleus. Despite this difference, all ten AC isoforms as well as all seven GC isoforms share homologous catalytic cores and belong to the evolutionary defined, ubiquitous nucleotidyl cyclase Class III.

However, sAC catalytic core (sAC-cat) activity is uniquely stimulated by calcium and the metabolites ATP and bicarbonate, while the tmACs are mostly regulated by G-proteins to respond to the activation of GPCRs (G-protein coupled receptors). Full-length sAC further comprises a little understood, ~1100 residues long C-terminal region (CTR). sAC is involved in various physiological functions, such as nerve cell growth and insulin release, and appears to be an attractive therapeutic target for skin cancer and metabolic diseases. 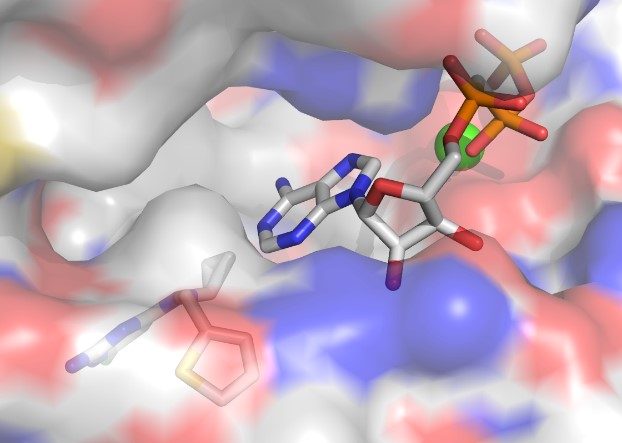 Surface representation of the crystal structure of human sAC-cat in complex with the specific inhibitor LRE1 (lower left) and the substrate ATP (upper right), which is bound via a calcium ion (green sphere) but not properly arranged for its conversion to cAMP.

We analyze the molecular mechanisms of sAC regulation by physiological and pharmacological ligands and by its CTR domains to understand the biological functions of sAC and as a basis for the rational development of sAC modulators. We solved crystal structures of sAC-cat and of sAC-cat complexes with substrate, products, the activator bicarbonate, and inhibitors. Together with biochemical studies, they provided exciting insights in AC catalysis as well as in sAC regulation by the physiological activator bicarbonate and by pharmacological inhibitors, such as the potent, allosteric inhibitor LRE1.

We currently use these results for structure-assisted approaches for the development of sAC modulators. We further characterize the sAC CTR to reveal additional sAC regulation mechanism, which might enable novel approaches for sAC modulation.